Director of the Levich Institute
Professor of Chemical Engineering 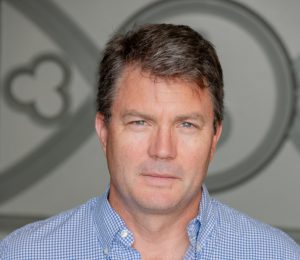 Join us via Zoom

Developing the fluid mechanics of suspensions

Suspensions of particles in Newtonian liquids can be called simple complex fluids. Describable by just a handful of macroscopic variables, suspensions are in one sense simple; however, the microscopic state is responsive to the bulk driving forces causing changes to these variables, making the flow properties non-Newtonian, and hence these are complex fluids. I will describe efforts to develop the fluid mechanical description the bulk suspension behavior, toward a framework allowing analysis and computation.  The goal is to expand understanding of suspensions found in engineering and the environment.

Progress toward this goal often benefits from examination of the microscopic mechanics. Particle migration and its basis in rheological properties will be discussed, along with the microstructure of particles leading to these properties. Phenomena in extremely dense suspensions — shear thickening and jamming — will be discussed with an emphasis on how these motivate a shift in focus, from the particles to the force networks developed under flow. The prior Stokes-flow examples will briefly be complemented by presentation of inertial transitions observed in Taylor-Couette flow of suspensions, to illustrate challenges faced in developing a true fluid mechanics, in which the inertial-viscous balance is central, of these mixtures.

Jeff Morris received the bachelor’s degree at Georgia Tech (1989), and his MS (1991) and Ph.D. (1995) at Caltech, all in Chemical Engineering. After post-doctoral study at Shell Research in Amsterdam, he was on the faculty at Georgia Tech (1996-2002) and then worked at Halliburton as a Senior Academic Advisor (2002-2004), before joining CUNY City College of New York (CCNY) in 2005.  At CCNY he is the Director of the Levich Institute, since 2015, and Professor of Chemical Engineering, having served as chair of the Department from 2013-2015.

In his research, Morris develops constitutive and bulk fluid mechanical descriptions appropriate for suspensions, from submicron colloids to sand slurries.  Defining questions are:  How are these mixture flows intrinsically different from their single-phase counterparts? What is the appropriate predictive framework for these materials accounting for their multiphase nature?Unifying features of the work are an emphasis on understanding the influence of nonequilibrium  microstructure on rheology and bulk flow. Morris has recently focused on frictional interactions between particles in viscous liquids, toward understanding of shear thickening. Morris was elected Fellow of the American Physical Society (APS)  in 2013 and of the Society of Rheology in 2019. He was awarded the 2015 and 2020 J. RheologyPublication Awards, the 2017 AICHE/Shell Thomas Baron Award for Fluid-Particle Systems, and 2019 Stanley Corrsin Award of the APS.  Jeff Morris is currently the Secretary-Treasurer of APS Division of Fluid Dynamics, and an Associate Editor of the Journal of Fluid Mechanics. He authored the text A Physical Introduction to Suspension Dynamics, with Elisabeth Guazzelli.