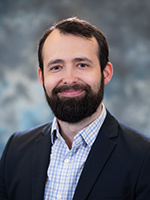 “I’m very grateful to Alex Moreno and his family for endowing this professorship. I’m also grateful to the department and the Dean for selecting me,” said Dr. Hibbitts. “I will continue to work hard to discover and design innovative materials for energy systems.”

“David is an outstanding early career scientist in the field of catalysis. His research seeks to provide fundamental insights into catalytic mechanisms and catalyst design through computer simulations. We are delighted to award the first Moreno Rising Star Professorship to David,” said Dr. Rinaldi.

A desire to invest in the University of Florida and a vision for transforming the future of sustainable energy led distinguished alumnus Alejandro “Alex” Moreno (BSCHE ’83) to award $1M to the Department of Chemical Engineering to establish two Moreno Rising Star Professorships. The professorships are a part of Moreno’s $5.2M gift to the department. The professorships are intended for early career faculty who are demonstrating excellence in engineering research and teaching.

Moreno is an enthusiastic supporter of the Department of Chemical Engineering – a Distinguished Alumnus of the department, a frequent guest lecturer, and a member of its external advisory board. After graduating from UF, Moreno worked at General Electric’s Chemical Metallurgical Management Program, a highly selective management training program. From there he entered the MBA program at Harvard University. He has since launched a number of companies and projects, ranging from environmental services, healthcare staffing, to construction and development. He is currently the CEO and cofounder of ProSolus, Inc., a pharmaceutical company that specializes in transdermal patch development. He’s also the CEO and founder of Nightingale Nurses, one of the largest healthcare staffing companies in the country, and Panther Development Investments, which provides consulting services to Native American nations, particularly in the areas of energy development, infrastructure and financing. In 2018, Moreno was honored with the UF Distinguished Alumnus Award, and the Gator100 Pinnacle Award in recognition of his success as an entrepreneur and steadfast support of the university. 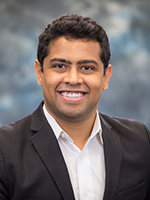 “I am truly honored to be receiving the Shah Rising Star Professorship,” said Dr. Jain. “This is a very significant event in my professional career, and I look forward to continuing to work hard towards the professorship.”

Jain’s Nano-Biomolecular Precision Lab has been working on improving CRISPR-based testing and applying it to a range of diseases including COVID-19. His background is in pharmaceutical sciences and biomolecular engineering.

“Dr. Jain’s research in biomolecular engineering using gene editing technologies is an exciting example of how our faculty seek to advance engineering science in the service of society,” said Dr. Rinaldi.

After a distinguished 40-year career at the University of Florida Department of Chemical Engineering and Anesthesiology, Professor Emeritus Dinesh O. Shah, Ph.D., established the Shah Rising Star Professorship. The endowed professorship is awarded to early career faculty who demonstrate distinguished performance in engineering research and teaching.

“I hope that the Shah Rising Star Professorship sets a young assistant professor on a trail-blazing path,” said Dr. Shah.

During his tenure, Dr. Shah received numerous teaching, research and service awards. He contributed 10 books, 15 patents, and published over 375 papers in scientific journals, monographs and books. The Institute of Scientific Information, U.K. reported Dr. Shah among the top one percent of most frequently cited scientists in the world (1999).